On a cold evening at the end of the year known as 2016 after months of planning, there was a rare gathering of the “College Friends.” It’s a massive gathering that gets bigger with each occurrence. It began with with four college girls and slowly included boyfriends turned husbands and many, many children.

Just a few of the children including a great picture of all the boys and great poses by some of the girls. 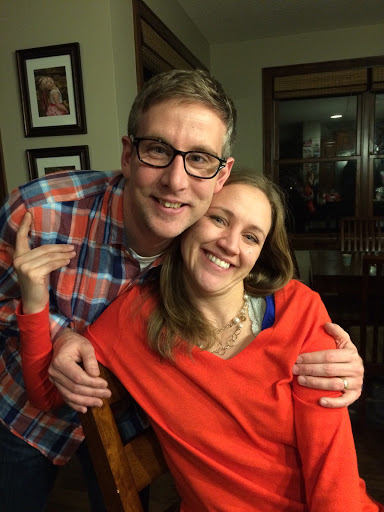 The one couple shot I got from the evening. Ain’t they cute?

The girls celebrated with colored hair.

Kids’ night finished with a movie and popcorn in the basement. They settled down enough for this picture, then scattered to the far reaches of the basement.

Thanks to Netflix the children celebrated New Year’s at a respectable 10pm. Dancing ensued.

A toast with some fancy sparkling apple juice to welcome the New Year….

…then the real fun started.

We sorta missed the the ball drop but did have a toast at 12:03!

The next morning I made BACON!

Seven years ago the most amazing woman in the world said “I Do,” three years ago she said “She’s here!” and last year she said “Meet your son.”  Today I’m fortunate to celebrate the three happiest moments in my life on the same day.  Its our 7th anniversary and our 3rd mother’s day.  Andrea is the most amazing woman I have even met. She amazes me everyday.  She’s dedicated, loving, accomplished, a snappy dresser, fierce, constantly looking for that extra thing that will make someone’s day just a little better, and above all an amazing mother and wife.

Here’s to seven years and here is to many many more.

Here are just a few select photos over the last seven years.

Happy Easter to everyone.

Michaela was surprised this morning with her very own pink 4-wheeler. The first thing she did was share it with her cousin then promptly crashed it. She loves it. She can’t wait to try it out in wide open spaces.

ONTO THE EGG HUNT!