Its been a whirlwind of Holiday excitement over the last month. Three extended family parties followed with Andrea working over Christmas resulted in a lot of fun and tired kids.

We had my family down during our Community’s Santa Event.  Letters were mailed, Santa was negotiated with, sleighs were ridden, and faces were painted.

Meeting Santa, Dom was not impressed

REINDEER! Both of the kids were super excited to go for a sleigh ride.

Face painting is a favorite activity for Kayla 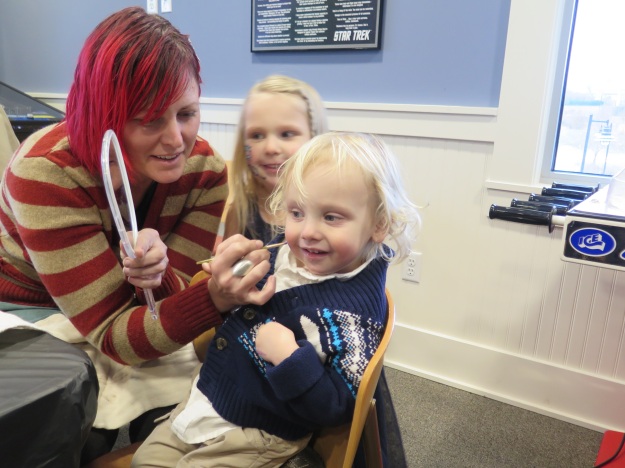 Dom is ticklish on his cheeks

Andrea had a week off and we cleaned, decorated, prepped, the house and family for the holidays.  We traveled to Macy’s in downtown to amazing 8th Floor holiday display. 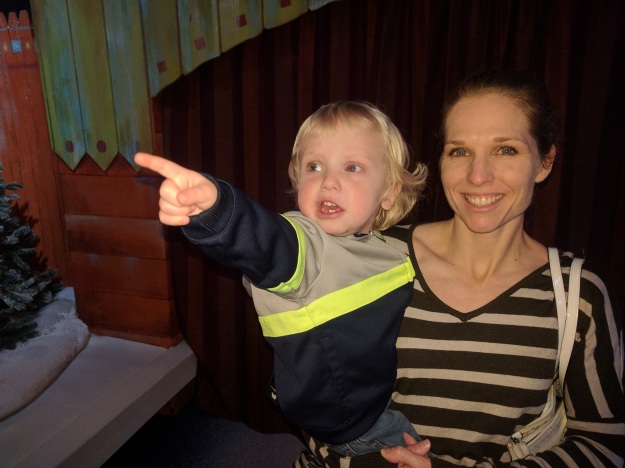 Although a little intimidated by the crowd, Dom loved the displays of elves. 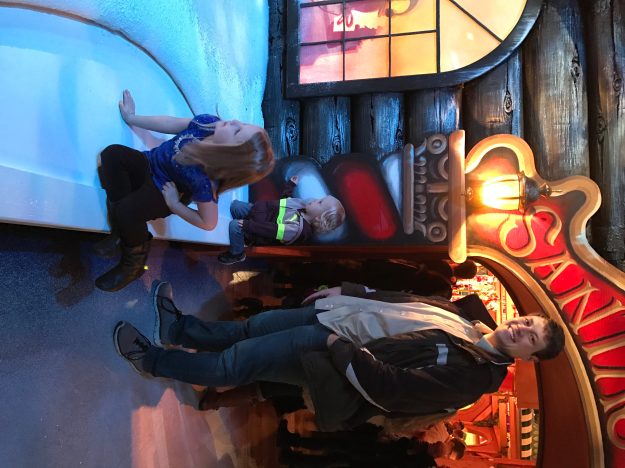 The kids really wanted to climb into the displays. This is as far as I let them get

The very next weekend we had the other side of the family down for more food and festivities. 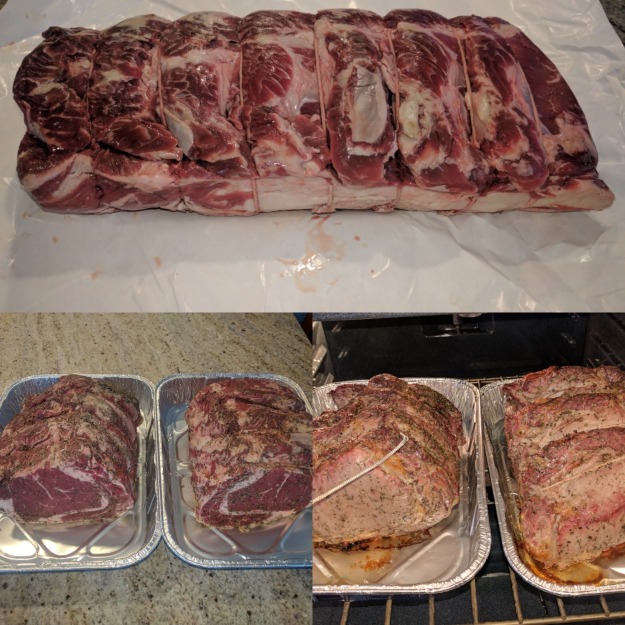 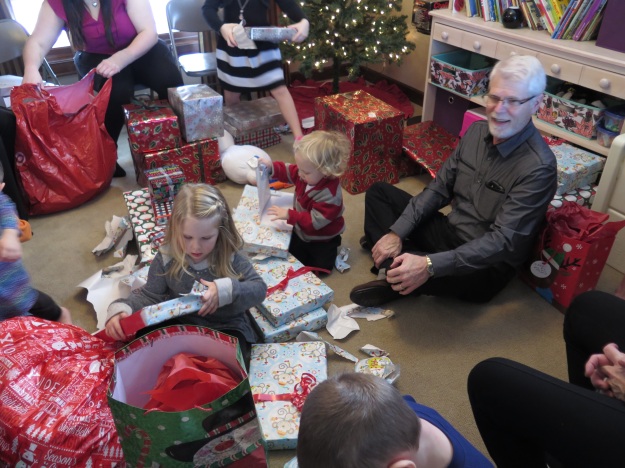 After weeks of preparing the Christmas Eve had arrived. Andrea worked throughout the weekend, but managed to be home in the evenings and, thanks to a great coworker, was able to spend Christmas morning with us. 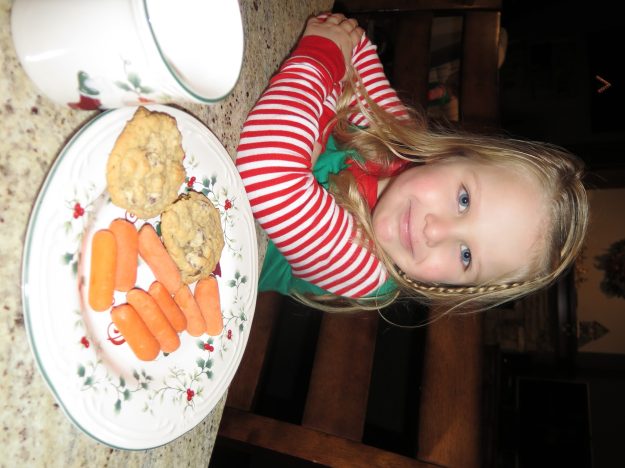 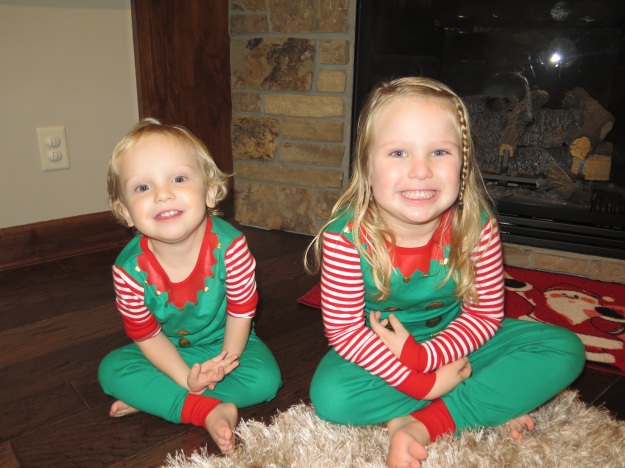 The kids right before bed on Christmas eve. As you can see they weren’t excited at all. 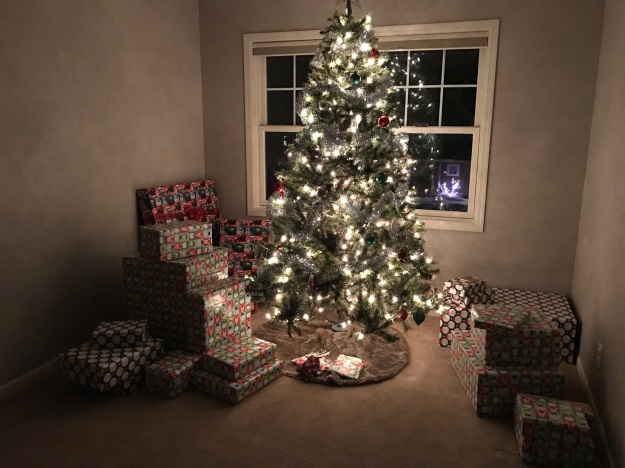 Santa was in and out but left behind a wonderful display

The stocking were stuff as well.

It’s the first time that Dom enjoyed the presents more than the wrapping paper. 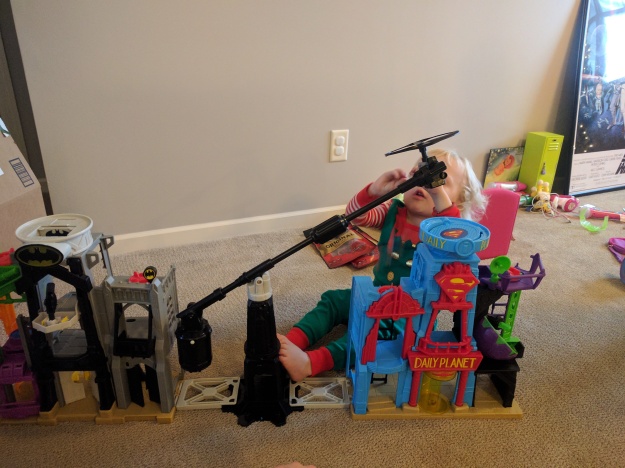 An entire city for superheroes 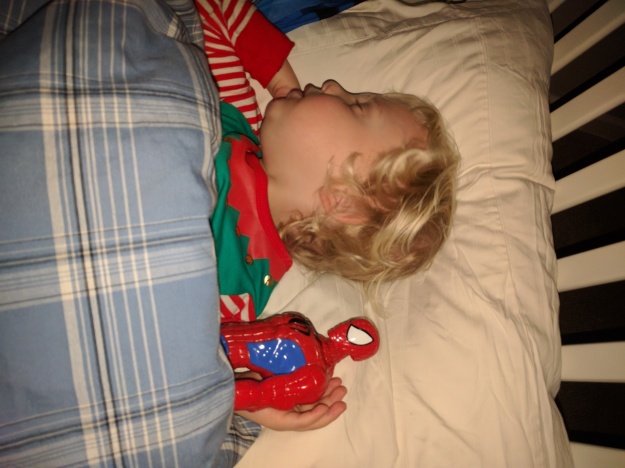 My wife wins the holiday with a set of Trilogy movie posters. 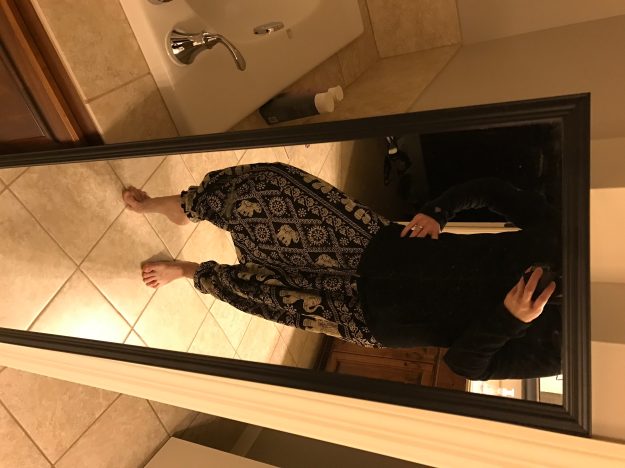